In September 2017, U.S. Secretary of Education Betsy DeVos announced the release of interim guidelines for colleges and universities investigating and adjudicating allegations of campus sexual misconduct under Title IX. The Department of Education simultaneously withdrew Dear Colleague Letter on Sexual Violence dated 4 April 2011, and the Questions and Answers on Title IX Sexual Violence dated 29 April 2014. Secretary DeVos stated that the “interim guidance will help schools as they work to … END_OF_DOCUMENT_TOKEN_TO_BE_REPLACED 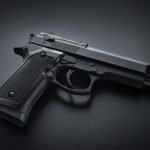 On November 30, 2017, Mexican immigrant Jose Inez Garcia Zarate was acquitted of involuntary manslaughter, second-degree murder, and assault with a deadly weapon charges in the death of Kathryn Steinle. Ms. Steinle was walking along Pier 14 in Embarcadero, San Francisco with her father and a friend when an undocumented Mexican immigrant Mr. Zarate shot her in the back. Zarate claimed he found the gun wrapped in a t-shirt underneath a bench he was sitting on. He said he was trying to fire and … END_OF_DOCUMENT_TOKEN_TO_BE_REPLACED

On November 15, 2017, the Massachusetts House of Representatives passed, by an overwhelming margin, a bill that will make major changes in the Massachusetts criminal justice system. This bill is an effort to reduce recidivism, eliminate some mandatory minimum sentences, and toughen punishments for those convicted of dealing fentanyl and carfentanil. With Massachusetts experiencing an unsettling increase in drug overdoses over the past couple years, the legislature decided to tackle these … END_OF_DOCUMENT_TOKEN_TO_BE_REPLACED 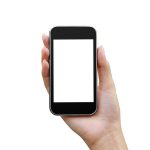 On June 16, 2017 the country waited anxiously for the verdict in the case of Commonwealth v. Michelle Carter. Ms. Carter, a teenager, had been indicted in Juvenile Court for involuntary manslaughter in the death of her boyfriend Conrad Roy III. But, Carter did not shoot Roy. Or stab him. Or attack him. Roy committed suicide in a parking lot. Carter was not even present when he took his own life.  She was miles away, texting him. On February 6, 2015 Carter moved in the Juvenile Court to dismiss … END_OF_DOCUMENT_TOKEN_TO_BE_REPLACED 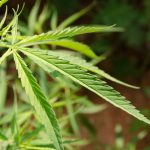 On November 8th, 2016 Massachusetts became the first state in the eastern part of the U.S. to legalize marijuana. The legislation approved of by Question 4 will impose on regulated and approved marijuana retailers a 3.75% excise tax, increasing tax revenues for the Commonwealth, shift police and judicial resources to actual crimes, eliminate black market distribution of marijuana – as well as all the problems those distributors cause society – and ease the overcrowding of our jails and prisons. … END_OF_DOCUMENT_TOKEN_TO_BE_REPLACED 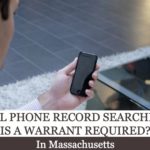 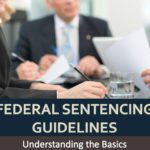 Federal Sentencing Guidelines: Understanding the Basics from Kevin MahoneyThe Guidelines are not mandatory – they were originally intended to be mandatory but he Supreme Court held that making them mandatory violated a defendant’s 6th Amendment rights. Learn more about federal sentencing guidelines in this presentation. … END_OF_DOCUMENT_TOKEN_TO_BE_REPLACED 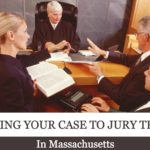 Article XII of the Declaration of Rights of the Massachusetts Constitution mirrors the right to a trial by jury found at the federal level and reads as follows. No subject shall be held to answer for any crimes or offence, until the same is fully and plainly, substantially and formally, described to him; or be compelled to accuse, or furnish evidence against himself. Learn more about taking your case to jury trial in Massachusetts in this presentation.   … END_OF_DOCUMENT_TOKEN_TO_BE_REPLACED

Change in Venue Sought in Boston Bombing Case: A Guide to Why a Change in Venue May Be Granted from Kevin Mahoney A change in venue is appropriate when there is reason to believe a defendant will be unable to get a fair trial in the location where the case is currently scheduled to be heard. Learn more about change in venue in this presentation. … END_OF_DOCUMENT_TOKEN_TO_BE_REPLACED