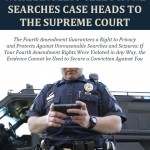 The Fourth Amendment guarantees a right to privacy and protects against unreasonable searches and seizures. A cell phone contains a great deal of private information and thus the owner of the phone should have a reasonable expectation of privacy. In 2007, Brima Wurie was arrested for allegedly selling drugs in a South Boston parking lot. As he was being booked by law enforcement, his cellular phone rang. The caller ID indicated the call was coming from his home. The police opened the … END_OF_DOCUMENT_TOKEN_TO_BE_REPLACED

Boston Criminal Defense Attorney, Kevin J. Mahoney  Explains the Probable Cause HearingTo understand what a probable cause hearing is, you must know something about the Massachusetts criminal court system and the underlying purpose of the hearing.Massachusetts Criminal CourtsCriminal cases in the Commonwealth are heard by one of three court departments – the District Court; the Juvenile Court; or the Superior Court.  A case begins in the District Court when a person is arrested or when a … END_OF_DOCUMENT_TOKEN_TO_BE_REPLACED

SJC Continues Assault on Defendants' Right to a Fair Trial A legal update from Massachusetts criminal defense lawyer, Kevin J. Mahoney:  Earlier this week, the Massachusetts Supreme Judicial Court ruled that law enforcement is not required to ask a victim to confirm or deny his status as a police informant. [Commonwealth v. Jordan, SJC -11110, December 26, 2012.] The Facts The defendant, Jessie Jordan, was indicted for armed assault with intent to murder, for shooting his cousin seven times, … END_OF_DOCUMENT_TOKEN_TO_BE_REPLACED

An Overview of Grand Juries Traditionally, grand juries were meant to protect the people from unscrupulous monarchs by disallowing accusations or charges they deemed unfit for prosecution. However, over time, grand juries have become an arm of the prosecution. If you are called to testify before a grand jury, seek immediate advice from an experienced Boston criminal defense lawyer regarding your rights. Who are the Jurors? In Massachusetts, grand juries are comprised of 23 people. The grand … END_OF_DOCUMENT_TOKEN_TO_BE_REPLACED

Boston criminal defense lawyer, Kevin J. Mahoney, explains your rights under the Sixth Amendment The Sixth Amendment to the United States Constitution protects criminal defendants from government abuses during the course of a criminal trial. Despite these constitutional protections, law enforcement misconduct and miscarriages of justice – whether intentional or unintentional – do still occur. If you or a loved one is facing the uncertainty of a criminal trial, having a knowledgeable … END_OF_DOCUMENT_TOKEN_TO_BE_REPLACED