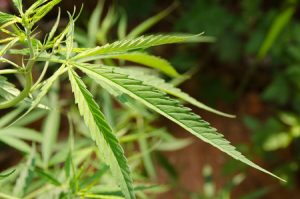 On November 8th, 2016 Massachusetts became the first state in the eastern part of the U.S. to legalize marijuana. The legislation approved of by Question 4 will impose on regulated and approved marijuana retailers a 3.75% excise tax, increasing tax revenues for the Commonwealth, shift police and judicial resources to actual crimes, eliminate black market distribution of marijuana – as well as all the problems those distributors cause society – and ease the overcrowding of our jails and prisons. There are, no doubt, concerns regarding the legalization of an intoxicant. Marijuana use can and does lead individuals to experiment with more serious drugs, such as cocaine, heroin, etc. And, heavy and/or daily marijuana use often leaves individuals with reduced cognitive capacity and deprives them of initiative.

While more and more states are legalizing or decriminalizing marijuana, under the federal Controlled Substances Act (CSA) (21 U.S.C. § 811), growing, possessing, and distributing marijuana remains illegal. In fact, as the Supreme Court recognized in Gonzales v. Raich, 545 U.S. 1, 27 (2005), the CSA classifies marijuana as a Schedule I drug – per se contraband, without any medical value. It does not, therefore, distinguish between medically prescribed cannabis use and recreational use. But while possession, cultivation, and distribution of marijuana remains illegal under federal law, the Drug Enforcement Administration (DEA) investigates only those persons and/or organizations possessing, cultivating, or distributing substantial quantities of marijuana.

Under President Barrack Obama, in 2013 the Department of Justice (DOJ) instructed U.S. Attorneys’ offices to deprioritize marijuana investigations and prosecutions in states that had decriminalized the drug. Nevertheless, these guidelines directed federal law enforcement to prohibit the distribution of marijuana to minors, prevent criminal enterprises, including gangs and cartels, from financially capitalizing on the decriminalization of marijuana, and forestall distribution from states that had legalized or decriminalized marijuana to states that had not. There is little reason to believe, however, that the incoming Trump administration will continue with this “hands off” approach.

Nonetheless, the decriminalization of marijuana in Massachusetts provides those convicted of marijuana possession, distribution, or cultivation with the grounds to challenge their convictions and, more importantly, to file motions for reconsideration of their sentences.

If you have been charged with a marijuana offense, kindly contact us. The Mahoney Criminal Defense Group is dedicated to championing the victims of the ill-considered War of Drugs.