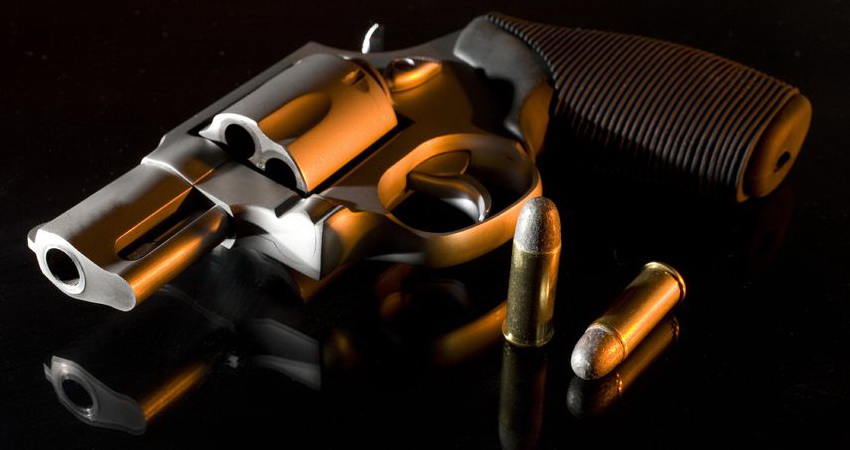 For more than 25 years, the Mahoney Criminal Defense Group has successfully defended those accused of felonies involving firearms, including murder, armed robbery, illegal possession of a firearm, discharging a firearm within 500 feet of a dwelling. We regularly represent clients in the courts of Cambridge, Brighton, Woburn, Lowell, Salem, Somerville, Waltham, and eastern Massachusetts. Massachusetts is widely regarded as having the strictest gun control laws in the U.S., including an assault weapons ban.

Choosing a Lawyer to Defend You

If you are looking for lawyers with courage, cross-examination skills, top-notch research skills, and street smarts, contact us at 617-492-0055.

Massachusetts severely restricts who may own a firearm. An individual falling into any of the categories below are prohibited gun ownership, including those:

Neither the Commonwealth of Massachusetts nor the Federal Government may enact laws that abridge an individual’s rights, under the Second Amendment of the United States Constitution, to gun ownership. The amendment specifically states, “A well regulated Militia, being necessary to the security of a free State, the right of the people to keep and bear Arms, shall not be infringed.” Because the 2nd Amendment associates firearms ownership with a “well regulated militia,” it is unclear whether the amendment extended to individuals – not associated with a militia – the right to possess firearms.

In District of Columbia v. Heller, 554 U.S. 570 (2008), the Supreme Court settled the parameters of the 2nd Amendment, ruling that it protects an individual’s right to possess firearms, independently of service in a militia, for legitimate purposes, such as self-defense within the home. Authored by Justice Antonin Scalia, the Court observed that the right to bear arms is not unlimited and remained subject to regulation. In his dissenting opinion, Justice John Paul Stevens criticized the majority’s reasoning as “strained and unpersuasive,” overturning longstanding precedent, and causing a “dramatic upheaval in the law.” Stevens noted that the 2nd Amendment omitted any reference to using firearms “for hunting or personal self-defense.”

Any person who uses tear gas cartridges, or any device or instrument that contains liquid, gas, powder, or any other substance designed to incapacitate for the purpose of committing a crime shall be punished by imprisonment in the state prison for not more than 7 years.

Firearms sales, distributions or transfers in a single transaction or occurrence in a serious of transactions with a 12-month period, knowingly or intentionally distribute, sell, or transfer possession of a quantity of firearms. Rifles, shotguns, machine guns 1 or more shall be punished by imprisonment of not more than 10 years in the state prison or by a fine of not more than $50,000.00.

Rifles, shotguns, machine guns 3 or more, but less than 10, punished by a term of imprisonment not to exceed 10 years in state prison, sentence shall not be less than a mandatory minimum term of 5 years, including a fine of not more than $100,000.

Rifles, shotguns, machine guns 10 or more, punished by a term of imprisonment up to life in the state prison, sentence shall not be less than mandatory minimum of 10 years and a fine of not more than $150,000.00.

Any person who sells, keeps for sale, or offers or exposes for sale, gives or otherwise transfers any large capacity weapon or large capacity feeding machine, shall be punished by imprisonment in a state prison for not less than 2 ½ years nor more than 10 years.

Carrying a loaded firearm while under influence of liquor, marijuana, narcotic drugs, depressants or the vapors of glue shall be punished by a fine of not more than $5,000 or by imprisonment in the house of corrections for not more than 2 ½ years or both.

Transporting firearm, rifle, shotgun, machine gun, or sawed-off shotgun into commonwealth for use in commission of a criminal activity or to unlawfully distribute, sell or transfer to a prohibited person shall be punished by imprisonment in the state prison for not less than 5 years nor more than 10 years.

Breaking and entering into a building in which firearm retailer, wholesaler or manufacturer conducts business, unlawfully obtaining or distributing firearm, riffle, shotgun, machine gun or ammunition shall be punished for no more than 2 ½ years or by a fine of not more than $10,000.00.

Whoever sells to a minor under the age of eighteen an air rifle or a BB gun shall be punished by a fine of not less than $50 nor more than $200 or by imprisonment for not more than 6 months.

No minor under the age of eighteen shall have an air rifle, or BB gun in his possession while in any place to which the public has a right of access unless he is accompanied by an adult. If violated, shall be punished by a fine of not more than $1,000.00.

No person shall carry on any public way a loaded rifle or shotgun having cartridges or shells in either the magazine or chamber. If violated, shall be punished by a fine of not less than $500.00 nor more than $5,000.00 or by imprisonment in the house of correction for not more than 2 years or by both such fine and imprisonment.

Discharge of a firearm within five hundred feet of a dwelling or other building in use, except with the consent of the owner or legal occupant, shall be punished by a fine of not less than $50 nor more than $100, or by imprisonment in a jail or house of corrections for not more than 3 months or both.

If you have been accused of felony involving a firearm, please call us at 617-492-0055 to schedule a free-in-office consultation.