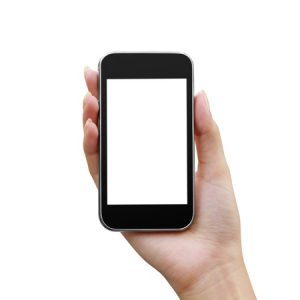 On June 16, 2017 the country waited anxiously for the verdict in the case of Commonwealth v. Michelle Carter. Ms. Carter, a teenager, had been indicted in Juvenile Court for involuntary manslaughter in the death of her boyfriend Conrad Roy III. But, Carter did not shoot Roy. Or stab him. Or attack him.

Roy committed suicide in a parking lot. Carter was not even present when he took his own life.  She was miles away, texting him.

On February 6, 2015 Carter moved in the Juvenile Court to dismiss the youthful offender indictment arguing that the District Attorney’s Office had failed to present to the grand jury sufficient evidence that the conduct for which she was accused involved the infliction of serious bodily harm.  Her motion was denied and she sought a petition for relief.

The Massachusetts Supreme Judicial Court agreed to hear the appeal of the motion – before the case had been concluded.  The issue on appeal?  Could an individual, whose conduct did not extend beyond words, be convicted of involuntary manslaughter?  Refining the issue, the SJC first observed that involuntary manslaughter could be proved under two theories (1) wanton or reckless conduct or (2) wanton or reckless failure to act.  The SJC noted that it could not “define where on the spectrum between speech and physical acts involuntary manslaughter must fall.” Nevertheless, the SJC observed that Ms. Carter’s “relationship with the victim may have caused her verbal communications with him in the last minutes of his life . . . , to carry more weight than mere words, overcoming any independent will to live he might have had.” The SJC opined that though Ms. Carter was not physically present, she was “virtually” present at the time of his suicide. The Court concluded, “there was ample evidence to establish probable cause that the defendant’s conduct was wanton or reckless, under either a subjective or an objective standard.”

Though the SJC had already ruled that the evidence against Ms. Carter was sufficient to form the basis of a guilty finding, she opted, apparently on the advise of counsel, to waive her right to a jury trial and allow Judge Lawrence Moniz of the Taunton Juvenile Court to determine her fate. Waiving the right to a jury trial is no small matter. Was it reasonable for her lawyers to believe that Judge Moniz would defy the SJC by acquitting Ms. Carter? Certainly, in hindsight, the answer is no. While Judge Moniz acknowledged that there are no state laws criminalizing the encouragement of suicide or obligating individuals to report a suicide, he referenced two seemingly unrelated cases he relied upon his reaching is decision to find Ms. Carter guilty. In one case, an inmate, who encouraged a death row inmate to hang himself before the government could do the job for him, was convicted of manslaughter. In the second case, Commonwealth v. Levesque, a homeless couple, who failed to report a fire they had accidentally ignited by knocking over a candle, was convicted of involuntary manslaughter for the deaths of six firefighters later trapped within a burning building. Neither the facts nor the legal reasoning applied to the facts in either case provides any basis for convicting Ms. Carter. Why Judge Moniz felt he needed to justify his verdict by citing either case is unclear, since the SJC had already decided the very issues he was required to abide by in reaching that verdict.

That courts are now declaring absent individuals as “virtually” present for purposes of criminal prosecutions is an unsettling development. An exchange of text messages is a nothing more than using a common communication medium, not presence, virtual or otherwise – it’s immediacy notwithstanding.