If I have learned anything in my two decades as a criminal defense lawyer, you must be fearless.

Kevin J. Mahoney is a Cambridge, Massachusetts criminal defense lawyer recognized nationwide for his high-profile courtroom victories, bestselling book on cross-examination, Relentless Criminal Cross-Examination, novel insights into trial strategy, and numerous television appearances. He is, perhaps, best known for overturning of the 1st-degree murder conviction of Christina Martin, dubbed the “JELL-O Murderer” by the national press and chronicled on television on Forensic Files (“A Dessert Served Cold”). He has won 53 of his last 56 trials.  The prestigious National Trial Lawyers has named him one of “The Top 100 Trial Lawyers” consistently since 2007. Avvo, the national lawyer rating service, rates Attorney Mahoney a 10.0/10.0 for “superb.”

In addition to a thriving Massachusetts criminal defense practice, Mr. Mahoney has maintained a steady and successful civil practice for almost two decades, representing both plaintiffs and defendants in general civil litigation, as well as in personal injury, medical malpractice, and civil rights litigation.

Good trial lawyers want to win or, at least, to perform well. For great trial lawyers winning is not enough. They have an almost pathological need to lay waste to government witnesses and destroy the will of the prosecutor.

Mr. Mahoney has served as counsel to Oncam Global Inc., a Lowell, Massachusetts-based subsidiary of a global security solutions corporation,

Prior to opening his own firm, Mr. Mahoney was an associate with Lecomte, Emanuelson, Tick & Doyle. Within two months of joining the firm, he tried a civil case, winning a verdict of almost $400,000.00.

From 1991 to 1993, Mahoney served as an assistant district attorney for the Middlesex County District Attorney’s Office. As an assistant district attorney, he took on seasoned criminal defense lawyers, compiling a trial record of 18 wins and two losses. He regularly represented the District Attorney’s Office before the Appeals Court and the Supreme Judicial Court on appeals from murder, drug trafficking, and rape convictions.

Following law school, Mr. Mahoney served as a Connecticut Superior Court judicial law clerk, where he learned how to analyze legal issues from every conceivable angle, draft airtight opinions, successfully argue to a judge, and, most importantly, persuade juries.

Mr. Mahoney graduated from the University of Massachusetts, Amherst, with a B.A. degree in English and from the New England School of Law, where he consistently made the Dean’s List from 1987-1989 and earned a coveted membership on the New England Law Review. He served as a Symposium Editor of the New England Law Review and his article, United States v. Stanley, Has the Feres Doctrine Become a Grant of Absolute Immunity?, 23 New Eng. L. Rev. 767 (1989) was selected best student article. He won the American Jurisprudence Award for Clinical Evidence (for highest grade in advanced trial practice course) in 1988.

A member in good standing of the Massachusetts, New York, and Federal District Court bars, Mr. Mahoney also is a life member of the National Association of Criminal Defense Lawyers and a member of the Massachusetts Association of Criminal Defense Lawyers. He is a frequent on-air legal analyst for FOX News Live, FOX & friends, CNN, Nancy Grace, truTV (formerly Court TV) and Greater Boston with Emily Rooney.

In his spare time, Mahoney can be found backpacking through the White Mountains, Glacier National Park or remote areas of Iceland, deer hunting in Pennsylvania, running along the Charles River, hiking the rain forests of Costa Rica, relaxing in Reykjavik, or competing in No-Limit Texas Hold’em poker tournaments. 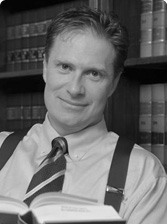