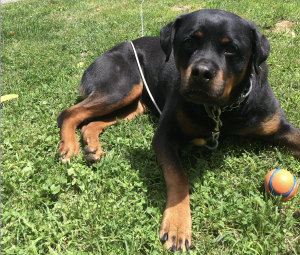 For a dog owner, preserving the life of his canine friend is paramount following a complaint that his dog has bitten or attacked someone. The potential consequences of such a complaint are serious. Indeed, it could result in your dog being restrained, confined, muzzled, removed from your care, or euthanized. The Mahoney Trial and Litigation Group is a team of highly qualified trial attorneys, forensic experts, and paralegals dedicated to fortifying, safeguarding, and championing our clients, including dogs. Attorney Mahoney is the owner of an 11-year-old Rottweiler, so he is well aware of how important a dog can be to an owner or family.

There are, of course, other considerations and worries for dog owners. In Massachusetts, under G.L. c. 140, § 155, the individual allegedly bitten can bring a civil lawsuit against the dog owner for damages. If the dog owner is covered by home insurance, the insurance carrier will very likely be responsible for providing a lawyer to the dog owner and covering the cost of the defense.

Under G.L. c. 140, § 157, an individual, such as a neighbor, may file a complaint, with the city or town authority, that your dog is a nuisance or even dangerous. Pursuant to G.L. c. 112 § 12z and 330 CMR 10.04, healthcare providers are required to report any bite by a domestic animal of a person, within 24 hours of the alleged event, to the Animal Inspector of the city or town wherein the bite occurred. The manner with which a municipality conducts an investigation varies.  However, once a dog biting incident is reported to a local animal control officer, police, etc., the municipality will usually hold a hearing to determine if the dog is dangerous.

According to G.L. c. 140, § 157, no dog should be deemed dangerous on nothing more than growling or barking or the breed of the dog. If the dog’s alleged aggressiveness or behavior was in response to another animal or a person and not grossly disproportionate to the circumstances, the dog should not be labeled “dangerous.”  For example, a dog’s reaction should not be considered disproportionate if he was protecting or defending himself, any offspring, another domestic animal, or a person from attack. Further, if the complainant was teasing, tormenting, battering, assaulting, injuring or otherwise provoking the dog, the dog should not be deemed dangerous. Moreover, if the complainant had intruded into an enclosure or structure, including within a fenced in area, the dog should not be blamed for any aggressiveness – unless the “intruder” is a child.

The authority responsible for determining whether or not a dog qualifies as a nuisance or is dangerous will investigate the allegations, including examining witnesses at a public hearing. Following the hearing, the authority has the power to: 1) dismiss the complaint; 2) declare the dog a nuisance dog; or, 3) deem the animal a dangerous dog.  If the authority declares the dog a nuisance it may order the owner to take remedial action to ameliorate the cause of the nuisance behavior. If the hearing authority deems the dog dangerous, it is required to order the dog: 1) humanely restrained; 2) confined indoor or in a securely enclosed pen; 3) muzzled or restrained with a chain; and/or 4) humanely euthanized. The authority also has the power to order the owner of the dog provide proof of insurance in an amount not less than $100,000.00 insuring the owner or keeper against any claim related to the dog, provide to the licensing authority information by which a dog may be identified, throughout its lifetime including, such as photographs, videos, veterinary examination, tattooing or microchip implantations, and/or spay dog.

Fortunately, the dog owner is allowed to appeal to the District Court for relief from the decision of the municipality.

Attorney Kevin J. Mahoney began his career serving as a Judicial Law Clerk to the Connecticut Superior Court working exclusively on civil litigation issues for the Superior Court Justices. As an associate of Lecomte, Emanuelson, Tick & Doyle, Mahoney won a verdict of $389,000.00 following a nine-day trial.

Many, if not most, Massachusetts civil litigators have tried few, if any, cases before juries. No lawyer, no matter how intellectually gifted or well-educated, can acquire the skills necessary to succeed at trial work absent practice. Attorney Mahoney’s trial skills were honed in hundreds of courtroom battles. He is, in fact, battle tested.

If you need representation in a dispute over a companion animal, kindly contact our office. We would be delighted to assist you.