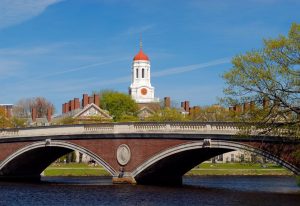 In September 2017, U.S. Secretary of Education Betsy DeVos announced the release of interim guidelines for colleges and universities investigating and adjudicating allegations of campus sexual misconduct under Title IX. The Department of Education simultaneously withdrew Dear Colleague Letter on Sexual Violence dated 4 April 2011, and the Questions and Answers on Title IX Sexual Violence dated 29 April 2014. Secretary DeVos stated that the “interim guidance will help schools as they work to combat sexual misconduct and will treat all students fairly.” DeVos emphasized that “the process . . . must be fair and impartial, giving everyone more confidence in its outcomes” and promised to craft new Title IX procedural requirements that serve students and schools, and assure that the accused is afforded due process.

Unfortunately, by withdrawing the Dear Colleague Letter and the Questions and Answers without first implementing clear and definite procedures for colleges and universities to follow, DeVos eliminated the few procedural protections afforded accused students. Worse, colleges and universities are largely ignoring the interim guidelines. As a result, accused students are worse off now than they were before DeVos overturned the previous regulations.

Under the interim guidelines, the Department of Education states that schools should afford the accused the following:

Providing the accused with detailed written notice of the allegations prior to any interview and/or hearing into the allegations would afford the accused the minimal due process – without discomfiting or overburdening schools. Yet, Title IX coordinators at area colleges and universities (i.e., Babson College and Boston University) consider “should” as if it is nothing more than a suggestion, and disregarding these “suggestions” as unneeded intrusions into their investigatory domains rather than fundamental prerequisites to fairness.

At most schools, the accused students can, therefore, anticipate little or no advance notice of the allegations before being asked to submit to an interview. Absent notice, these interviews often unfold as “gotcha” sessions, with the investigator deliberately attempting to rattle the accused by springing withheld “evidence” (i.e., text messages, Facebook posts, photographs, videos) on him at the conclusion of a lengthy interrogation.

More troubling, colleges and universities are denying the accused a hearing at which the accuser must answer questions submitted by the accused and the panel members who will ultimately assess the credibility of the allegations and determine the outcome. Instead of panel members deliberating the trustworthiness of the complainant, each contributing his particular expertise and perspective, a Title IX investigator alone will gather information and evidence, assess credibility, resolve factual inconsistencies, and determine the facts. While relying on a single individual to interrogate witnesses and the accused (should he choose to submit to an interview), scrutinize evidence, and draw conclusions, it has long been considered folly, at least in American jurisprudence, to entrust the adjudication of allegations to one flawed human being.

Title IX coordinators regularly overestimate the objectivity of these investigators. After all, how many of those seeking a position as a Title IX investigator may realistically be considered free from bias? None. No one pursues a career as Title IX investigator, or a prosecutor for that matter, hoping to absolve the accused. They want to provide justice to victims – and hold the accused accountable.

To safeguard wrongly accused students from academic catastrophe, the Department of Education should promulgate the new regulations for Title IX investigations before the new academic year begins.