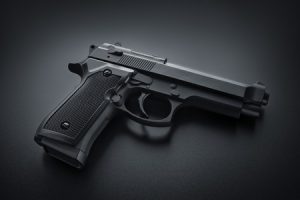 On November 30, 2017, Mexican immigrant Jose Inez Garcia Zarate was acquitted of involuntary manslaughter, second-degree murder, and assault with a deadly weapon charges in the death of Kathryn Steinle.

Ms. Steinle was walking along Pier 14 in Embarcadero, San Francisco with her father and a friend when an undocumented Mexican immigrant Mr. Zarate shot her in the back. Zarate claimed he found the gun wrapped in a t-shirt underneath a bench he was sitting on. He said he was trying to fire and shoot at a sea lion but fired accidentally while picking up the gun. The shot ricocheted off the concrete deck of the pier and struck Ms. Steinle in the back, piercing her aorta.

Mr. Zarate’s extensive criminal history dates back to early 90s. He is originally from Guanajuato, Mexico, and has been deported from the United States on five occasions. He was on probation in Texas during the time of the shooting, and had seven prior felony convictions. In 1991 he was convicted of drug charges in Arizona. Just two years later in 1993 he was convicted of felony heroin possession and manufacturing narcotics in the State of Washington.  Following another drug conviction and jail term in Oregon, U.S. Immigration and Naturalization Service deported him in 1994. Returing to the U.S. two years later, he was convicted again of heroin possession in the State of Washington. He was deported again in 1997.  Nevertheless, he quickly crossed the U.S. border and, after being captured by the United States Border Patrol, he was deported again in 1998. A Federal Judge sentenced him to five years and three months in federal prison for unauthorized reentry. Immigration and Custom Enforcement agency and Immigration Naturalization Service deported him – again – for the fourth time in 2003. He reentered U.S. through Texas border and received another Federal prison sentence for reentry before being deported for the fifth time in 2009. Less than 3 months after his fifth deportation, he was caught attempting to cross the Texas border. Upon sentencing the court recommended him to be placed in a federal medical facility.

In 2015 at the request of the sheriff’s department in San Francisco, United States Bureau of Prisons turned him over to San Francisco authorities for an outstanding drug warrant. The District Attorney’s office later dropped the case. ICE had issued a detainer for Mr. Zarate, requesting he be kept in custody until Federal authorities picked him up.  Since San Francisco is a sanctuary city, the sheriff’s department let him go as he had no outstanding warrants or judicial warrants. During trial, police revealed they lied to Mr. Zarate in order for him to confess to the shooting saying they had more evidence than they actually collected. A key point during the trial was the weapon that was used and whether or not it could have been fired accidently. A criminologist at the San Francisco Police department testified that the gun was in excellent condition and would not have fired without someone pulling the trigger.